Bare Roots Landscape Solutions is a landscape design/build firm with degreed professionals that specialize in horticulture, landscape design, construction and maintenance. We’re passionate about sharing our expertise and offering landscape solutions that are beautiful, functional and cost efficient. Unlike many firms, we have a very hands-on approach and stay involved from conception to completion.

Chris and his company are excellent landscape artists and yard maintenance specialists. They always go above and beyond every week to do the little extra things that other companies don’t do or want to charge you extra for.
– J Michael Price II, State and Federal Criminal Defense Attorney

Our people work hard to earn your trust. They bring a high level of expertise and professionalism to their diverse talents and training. The whole team is committed to excellence from your first consultation to the care and maintenance of your landscape installation. It’s our pleasure to fulfill the client’s vision for their outdoor investment. 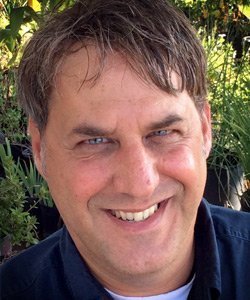 Christopher Bacala is the founder and CEO of Bare Roots Landscape Solutions and Bacala Properties, LLC. He started his career by joining the Louisiana National Guard and entered the University of Southwestern Louisiana (USL), to pursue a degree in Industrial Engineering Technology from the College of Engineering. While studying at USL, he was activated and proudly served his country in the first Gulf War.

Upon receiving his Bachelor’s degree, he continued his studies at Louisiana State University (LSU), and received a second Bachelor’s degree in Landscape Architecture. During this time, he also studied landscape architecture abroad in Manchester, England. After college, Chris moved to Dallas, Texas, where he became a licensed irrigation designer and contractor for the State of Texas. He worked for several large design and construction firms, giving him excellent experience in many municipal and residential projects.

Knowing he could do more, he decided to start his own business in August of 2003, and created Bare Roots Landscape Solutions. After more than 30 years of industry experience, he has established great relationships with many clients over the years. Today, countless clients continue to play a key role in the success of his company.

While maintaining a busy work schedule, Chris finds time to be involved in his church, Church of the Incarnation, and volunteers with several community agencies. He was nominated twice for young entrepreneur of the year by the North Texas Business Association. He has also received numerous landscape design and business management awards from organizations such as the Texas Landscape Nursery Association, the State Fair of Texas, and the North Texas Business Association.

Chris lives in the East Dallas area with his wife, Deidre and their two sons, Christopher, and Charlie. He is constant in his faith and leadership in that community and is highly praised by many of his peers and friends throughout Texas and Louisiana.

Anthony graduated with a Bachelor’s degree in Finance in 2000 from the University of Nebraska. During his undergraduate work, he also attended classes at Oxford University in England for the study of International Economics. Anthony has over 15 years of experience working in the landscaping services industry. He has been with Bare Roots since mid-2004.

Brandon Schiff was born and raised in Santa Clarita, California, where he began his landscape career in 2013 as a Landscape Installation Laborer. He quickly invested himself in learning how to read plans and operate equipment and was promoted to Field Superintendent. In 2015, Brandon and his family moved to Austin, Texas, where his account management career with the nation’s largest landscape company allowed him to work with some of the most well-known corporations, i.e. (Dell Computers, Charles Schwab, Intel, ExxonMobil). During his career, he has been tasked with improving several problematic branches as Branch Manager and has had the opportunity to work with numerous businesses throughout Texas to improve quality by creating standard processes, which ultimately impact financial success. In April 2021, Brandon joined Bare Roots Landscape Solutions as Chief Operating Officer and is excited for what the future holds.

Brandon spends his free time with his wife and four kids and attributes his motivation to ensure his family has the best life possible.

Javier DeLamaza is a naturalized, proud Texan and an accomplished landscaper, with 25 years of experience in the field. He enjoys using his skills to create visually appealing and beautiful gardens and likes to experiment with the mixtures of foliage, color, and the texture of plants appropriate to Texas’ climate. Javier brings his knowledge of horticulture, irrigation, and construction to deliver harmonious and styled spaces.

He is inspired daily by his wife and their three kids. In his free time, Javier enjoys taking long walks with his dogs, playing video games with the kids, and creating Sacred geometry designs to be applied on landscaping projects.

Melissa Mestanza was born and raised in California.  She joined Bare Roots Landscape Solutions as the Office Manager in October of 2020.  She brings 15 years of experience in administrative and accounting roles in various industries. Melissa has a penchant for detail when handling the administrative, accounting and payroll duties.  She believes that teamwork is the key ingredient to success.

In her free time, Melissa is a mother of two and adores making memories with them.  She also enjoys kayaking, concerts, spending time with family, and visiting new places.

Joe Rodriguez joined the Bare Roots team in August 2020 bringing with him over 35 years of experience in the Green Industry. Born and raised in the Texas Panhandle, he started his career when he was still a teenager fresh out of Dulles High School.

Joe started working at Sweetwater Country Club (LPGA) in Houston TX. He later moved to work for a reputable company out of Atlanta GA installing Drainage & Irrigation systems at Golf Courses all over the U.S . He moved back to Houston in 1998 starting a long career of over 11 years working for Bio-Energy Landscape in the Irrigation/Landscape Division holding a position as Tractor Dept Manager overseeing landscape projects for the TX Dept of Transportation.

Joe has also invested his knowledge and experience in the Green Industry working for various respected Landscape companies such as The Brickman Group and U.S. Lawns holding positions in Management. After spending several years in the beautiful Pacific Northwest where he worked as Operations Manager for Father Nature Landscape, he returned to Texas.

As a man of integrity, Joe has always taken a lot of pride in his work investing 110% in customer satisfaction and personally following the process and completion of his customers’ vision to see it transformed into a beautiful outdoor living space.

He is family-man-oriented who enjoys spending time with his wife of 33 years working around the house, watching movies, going out to nice restaurants, and playing with his grandchildren.

Kevin was born in Dallas Texas, he has lived in the Dallas area his entire life. Kevin started in the lawn business when he was 13 years old helping a lawn care company on nights and weekends. Later when he turned 16 he took over his older brothers lawn care company. After trying other careers in his early twenties Kevin re-entered the landscaping industry. At the age of 24 he started his own company and obtained his Texas Irrigation License. Kevin has worked for several different landscaping and Irrigation companies in the DFW metroplex. In addition to his love to grow things, Kevin loves trees, so in 2013 he became an ISA Certified Arborist. Though most of Kevins career has been centered around irrigation, he is a skilled Landscaper and Drainage professional, he has been in the green industry for 18 years.

Kevin believes that hard work persistence is key to be successful. In his free time Kevin enjoys gardening, fishing and spending time with his wife and four children. 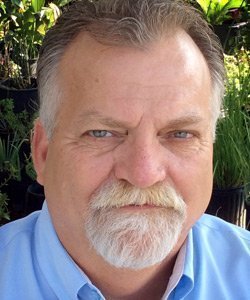 Jack has been the General Manager for BRLS for the past 3 years. His 26 years of management experience and 16 years in the landscape industry bring a wealth of experience and professionalism to the office and services we offer. Jack is a licensed irrigator and acts as a liaison between the installation and maintenance foremen as well as our clients.

Berit is a graduate of Illinois State University, with a degree in Horticulture.  Her 40 years of experience also began in college, working for the city parks department.  While working as the City Horticulturist, she became a Certified Arborist. In 1990, she began as a landscape designer for State Farm Insurance Company.  After passing the Landscape Architect’s exam in 1995, Berit worked across the country on State Farm projects.  These projects included site planning, landscape and irrigation design, and project management for properties ranging from small office sites to 100 plus acre office complexes.

She moved to Dallas in 2003 to work at a local design-build firm as a Landscape Architect. She became a Licensed Irrigator in Texas in 2004.

J.P. joined Bare Roots in May of 2016 and brings 30 years of experience in the landscape industry. He started in the green industry back in 1987 in California with Cherry Valley Nursery and relocated to Dallas in 1998. Additionally, he worked for Valley Crest in the Dallas Metroplex for 10 years. Other past experiences include managing landscape maintenance and irrigation for the George Bush Turnpike/161 corridor, as well as holding various project management positions at several large landscape companies in the Dallas metroplex. J.P. is the Landscape Construction Manager at Bare Roots, overseeing the construction install crews, and strives to ensure that things run smoothly and efficiently. He has a Landscape Technician Certificate from Brookhaven Community College. 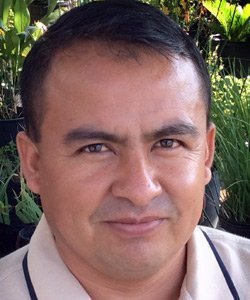 Ray Rubio is the principal project manager coordinating the BRLS crews that install and maintain residential and commercial landscapes, including hardscapes and horticulture. Ray manages the sequencing of jobs and budgets, directly supervises field crews, all irrigation projects and indirectly supervises subcontractors. Ray’s past experience includes golf course construction and irrigation for one of the largest organizations in the golf and recreational development industry. He has been with Bare Roots since 2005.

Your #1 Trusted Residential and Commercial Landscaping Firm in Dallas, TX